It all started during the Basketball final during London 2012. Now @emmawoods is pretty good at basketball, she even got the the trails to play for the Ireland under 19 team, and it runs in her family, an elder sister of hers played for Ireland’s full team, and even got to scholarship to the USA based on her fantastic basketball ability. I on the other hand played Rugby at school, and not brilliantly. I did once or twice try my hand at basketball…. 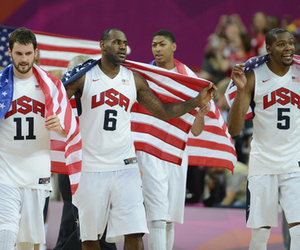 While exchanging tweets with @macermott, myself and @emmawoods and I started swapping school sports stories. Emma was explaining the finer points of blocking, and how you can step in front of a player running with the ball and if they run into you it’s their fault (I think). (You may correct me on this). This reminded me of what myself and my class did while playing basketball, we stepped in front of any on coming player (ball or no ball) and turned our backs on them. They’d run into us, then we’d quickly - out of the eye of the teacher, swing our elbows back and ensure we made contact on the solar plexus at optimum speed… a move was really wasn’t allowed. But hey, we were 14/15 and just happy not to be outside trying to rugby tackle each other on a pitch of frozen razer-blade mud.

Now… we just need to play the first ever game…. any takers?