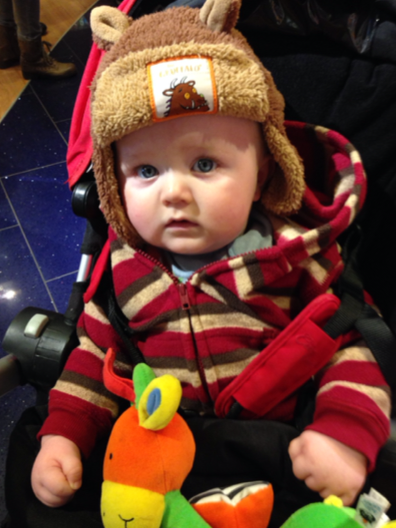 I’d just sat down at the meeting, the first speaker had stood and was about to start talking when my phone buzzed.

I’m away from home, in Israel attending a meeting for work while Emma and Mattie are back in hospital in Dublin for Mattie’s check up. Waiting for news, when the phone buzzed I grabbed it eagerly.

This was great news. Infantile spasms can be caused by a genetic disorder. The hospital had taken a blood sample from Mattie when he was first admitted to check for this. It takes a long time to run the relevant tests. We had only just got the results back - and it was great news! It means that Mattie is officially categorised as “idiopathic”; subset of all infantile spasm suffers who happen to have a great prognosis.

It speaks for itself really! We are delighted. He’s not out of the woods, he’s still on his medication and we have to watch him. But it does mean that the medication seems to be working! - we’ve still got to watch him just in case, but it does give us so much reassurance that his development is ok.

… Now I’m pretty sure there is a meeting going on ….