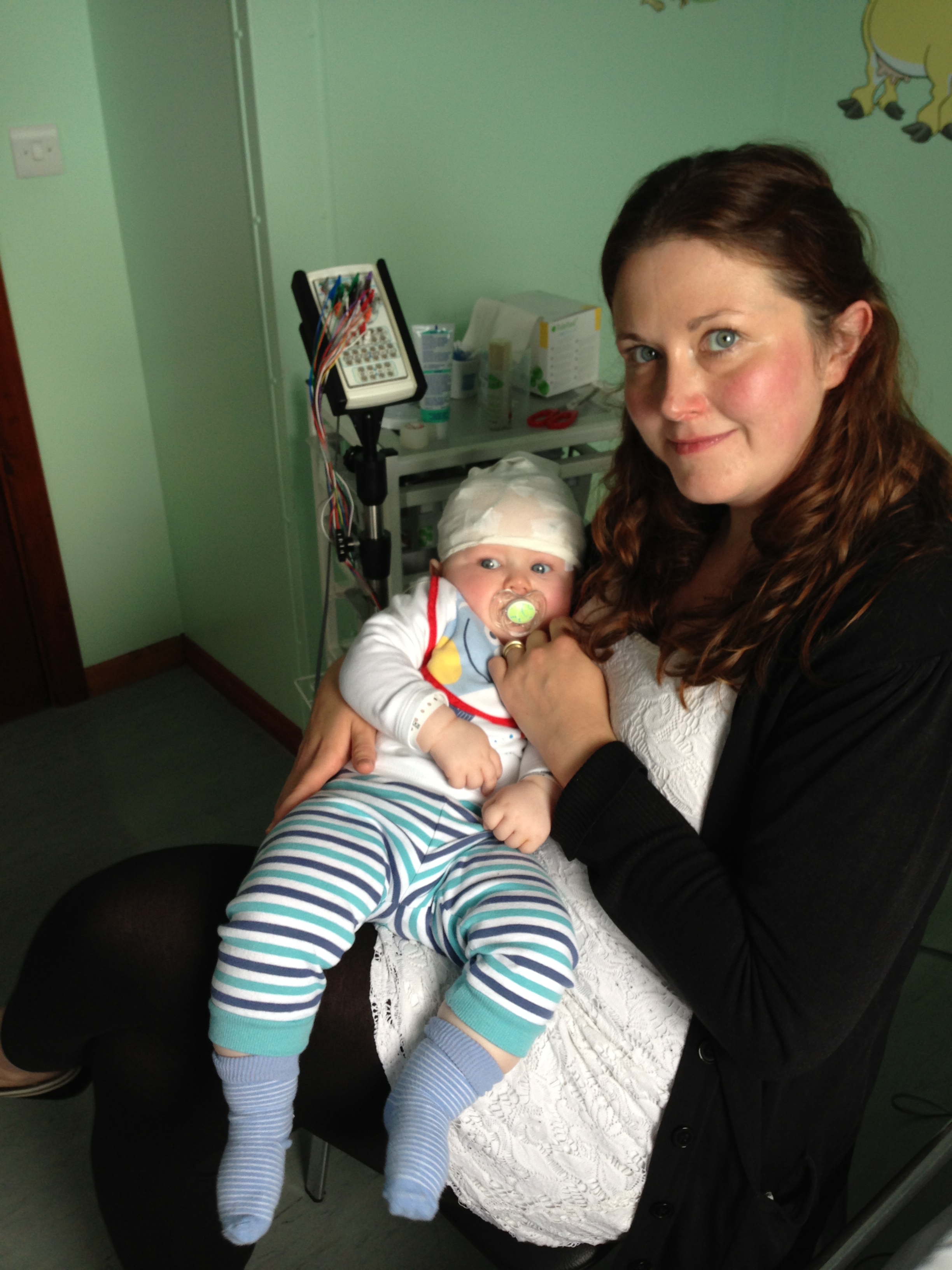 This time last week our little boy, Matthew who is not yet six months old was admitted to hospital and Emma (my wife) and I were trying to come to terms with what had happened.

I remember it like yesterday, Mattie was in my hands - almost Lion King style, and the whole family was around welcoming the new arrival to the world. Mattie’s older brother was playing in the corner of the room. As I showed my new son off to the world it happened. Holding him in my hands, his smile vanished and his head dropped forward witch such force that I clutched him to my chest to prevent him from landing on the floor. Scary, and odd. I mentioned it to my wife Emma, after discussing it we decided that at his age, about 4 months it was to be expected. After all he was only a few weeks old, perhaps his little body wasn’t capable of holding his head up?

“Maybe it’s in my head” Emma said, “but I don’t think Mattie is doing as well, developmentally as Ben. I think I recall Ben doing more at this age.”

Mattie was now 5 months old, and perfect, how could there be anything wrong? I thought. Mattie’s head bobs had continued and Emma had become increasingly worried about them. “I’ve been Googling the head bobs, they could be some form of spasms.” Emma said, “The good news is that they are benign and should pass in a couple of months” .. Nothing to worry about I thought. Nothing at all, Emma was probably just getting worried about nothing.

“Chris, I’ve got that appointment with the doctor on Monday, can you look after Mattie that day, I’d love to go alone, it would be so much quicker.” asked Emma.

Unfortunately I had a bunch of meetings on that day and couldn’t take the time off. Instead Emma took Mattie with her to her doctor. It was after her check-up that she mentioned Mattie’s head drops to her doctor. Emma’s doctor gave us a referral to the Children’s Hospital in Temple street in Dublin, we had the appointment booked with the paediatric consultant booked for one week away.

The week did not pass normally. Emma became increasingly worried about Mattie, and what he was doing. We decided to video Mattie’s behaviour and his head bobs. Sod’s law we thought, we’d get the consultants appointment and Mattie will be perfect, no head bobs - at least this way we’d have one on record to show.

I’d let work know I would work from home on the Monday of the appointment with the consultant. I had a lot to do with a work conference scheduled in London the following week, working from home made sense. I had imagined that for Mattie’s appointment that I’d only be out of the office for a couple of hours, returning directly afterwards.

Sitting in the consultants office, with Mattie on my knee we described the head bobs to him. He didn’t seem really concerned. Then Emma offered him the video on her phone.

The consultant advised us that we needed to get an EEG to check him out. He made a phone call from his desk and found space on a ward for Matthew. He filled in the admission slip, collected together all of Matthew’s notes and made asked us to wait outside while he dictated a letter to our family GP. He came out and met us, asked us to walk around to the hospital, Mattie’s notes in our hands and go straight to the admissions office.

Temple street is like a maze. Walking from the admission office to the ward was not straight forward. Honestly if you’ve ever been in Temple Street you’ll know it makes Hogwarts look like a walk in the park. As we pondered what direction to turn, the consultant appeared. “Hello” he shouted, “This way”. He led Emma, Matthew and I to the ward. We’d nothing with us, as we were not expecting to have a hospital visit, so once we’d packed the buggy up, got the hospital tags on Matthew’s arms we were off - into the Neurology department.

With little waiting around we were whisked into a room, Matthew and Emma sat on a bed facing a camera hooked up to a PC / work station. Leads were attached to Mattie’s head and the EEG was started. Just as the EEG kicked off Matthew began spasming.

“I’m sure you’ll get the results soon.” Once the EEG was complete the operator noted that “It’s very unusual, but the consultant came up in person and handed me the paper work for the EEG. They don’t normally do that.”

The speed at which everything had happened was frightening and reassuring at the same time. We still had no idea what was really wrong with Mattie.

Two members of the Neurology department came in to see us and as they were explaining what was going on, Matthew had another spasm attack. It was a confusing conversation. Looking back I can’t really remember what was said - just that it was cut short with the spasms, and that they were going to start Matthew on a very high dose of steroids and would return him to the ward. He’d be staying in hospital until they could arrange an MRI.

I called Emma’s sister to ask her to collect our eldest little boy, Ben (not yet two himself) from his crèche, while Emma and I worked out who was staying with Matthew and was needed for a hospital stay.

This was to be the start of a very confusing week.

Getting ready for the night ahead

We decided that Emma would stay with Matthew that first night and that I would return home, get our other little boy ready for bed before heading back into the hospital with all the gear needed.

Ben knew something was up the minute I collected him. They say kids have a sixth sense and I do think that’s true. We got home and the house simply felt empty.. dead quiet.. and a little weird to be honest. It was hard not to feel scared when I walked into our bedroom and saw Matthew’s empty cot beside the bed.

As soon as Ben walked into the house he said “Mammy! … Baabaa?” and walked around looking for them.