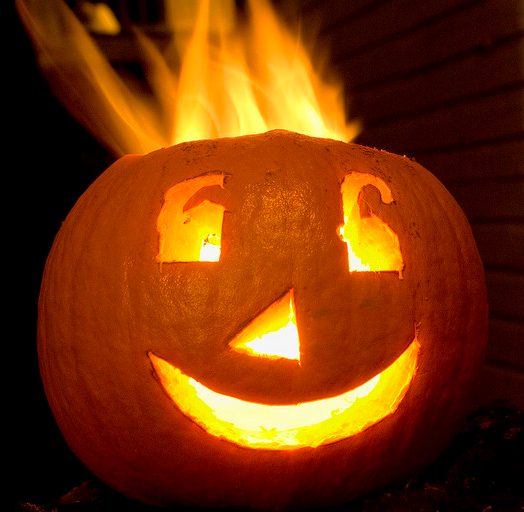 Halloween Top 10 It’s that time of year; October is here and in a few weeks we’ll be celebrating all things ghoulish with Halloween. But what would be the ultimate sound track for this month? - Is it possible to create a Halloween top 10?

“Michael… Michael. . . Michaeaaaaaalllll Mawahahaha” - The screaming mantra from many a teenage girl who watched “Lost Boys”, a movie which left the rest of us thinking “What’s the dude from the Goonies doing in that?”. - Well let me tell you, he was kicking some Vampire’s butt. The vampires have invaded a sea side town, only to meet their match when they encounter a Goonie, who drives a steak through the heart of this movie. If only they’d introduced Goonies into Twilight - now that might have been a movie worth watching! With holy water in water pistols and very sharp pencils at the ready, Bella’s dad wouldn’t have had to worry about a Vampire trying to date his daughter.

“Nothing’s more fun than flipping off the reaper”. 80’s fictal rock band resurrect themselves in a feat not equalled since Mary Shelly’s bad dream. They are determined to start giving satisfaction and, well getting some too. Just don’t ask them about what happened to their drummer, that’s a tale best left untold. In the meantime, you know what to do . . . turn it up to 11.

This always made me wonder what a real Monster (potato) Mash would look like? What would you add to mash potato to make it ‘monsterful’ and scary?. I’m getting side tracked, and this is a track that you cannot avoid at Halloween, a cheesy classic of the highest order. Listen if you dare…

I know what you’re thinking too - what would Halloween be, if a Zombie Dracula didn’t drive through the forest running over random witches? - “Pointless Chris!”, “Pointless!” I hear you cry from the other side the screen. I think you might be right. . .

The opening bars are all that’s needed for a legion of now adults to be transported back to being kids watching this movie for the first time. Ghosts and comedy in a movie which doesn’t suck . . . an important event for any child.

Dr Frank-N-Furter and the quest to free Rocky from his evil clutches. Camp, raunchy, funny, and with a nod to almost every classic horror story you’ve ever read, and some serious amount of random Sci-Fi elements. This has to be included, even just for the “anticip. . . ation!” . . .

Two singer/song writers are lost on an old country road in the dark of night when they encounter a demon. The demon says that unless they play the best song in the world that he will eat their souls. Of course facing such super natural occult odds, what’s two guys to do but actually play the greatest song in the world. . . just a shame they can’t remember what it was.

Your work place has been taken over by a zombie virus, turning your coworkers into the undead. While still maintaining good office etiquette they try to arrange to eat your brains. It could be the morning after the Christmas party or … It could be Halloween! - Now Jonathan Coultan has put the occult phenomenon to music. The challenge is to listen to this track while in the office and not to run screaming from your co-workers.

There is a werewolf, he’s lost in London, quaffed with the perfect hair and after downing a cocktail or two in Trader Vic’s he heads off in search of a beef chow main from Lee Ho Fook’s. What a story for Halloween.

After a night out at the movies a girl discovers that her date for the night isn’t Michael Jackson, it’s a .. a .. Zombie Overlord.. . who can dance, surprisingly well. Just remember “No known mortal has been found who can resist the evil that is the . . . Thrilleeeerrr. . . “